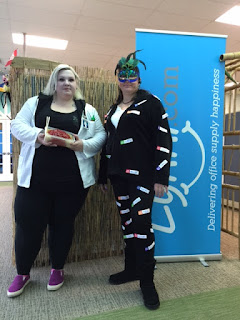 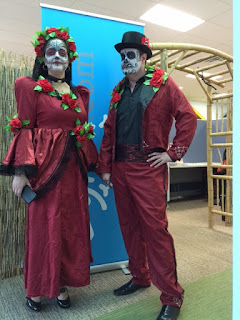 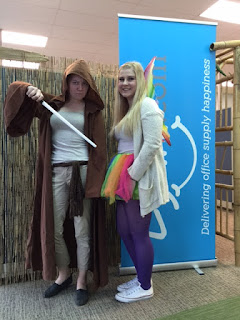 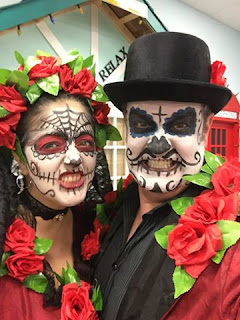 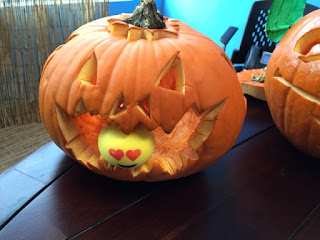 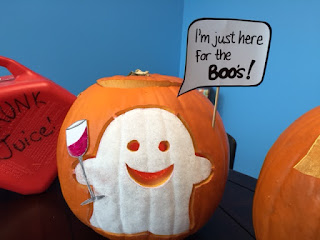 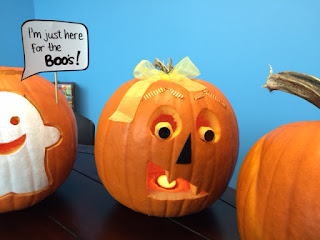 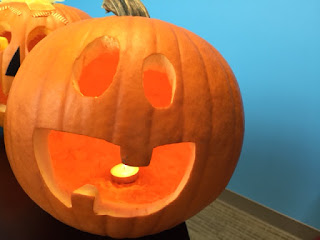 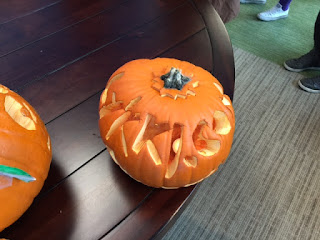 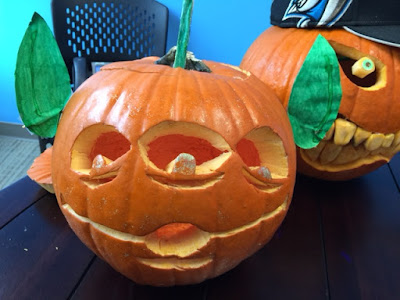 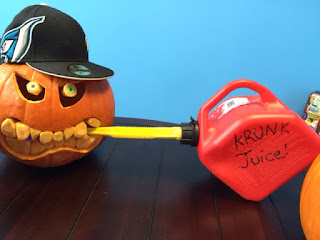 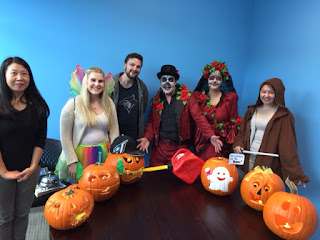 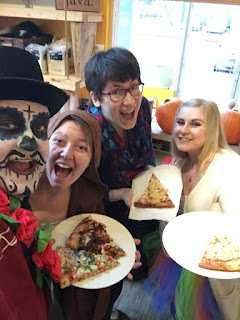 Posted by Erin the Graphics Gal at 2:14 PM

We spend a huge portion of our lives at work. Even if you only work the traditional 40 hours in a week, you’re still spending nearly 1/3 of your life at work. This can be a scary fact for some to face.
But if, with the right conditions, you derive a sense of joy from your work, feel a sense of connection, and believe that you create a positive impact on some portion of the world (however small) through your work then work becomes much more than just a paycheck.

Because so much of your life is spent at work, a huge deciding factor in your well-being is whether or not you’re happy at work. This can manifest in a number of ways, but the basic ingredients are the same in all types of work. Here are 15 keys to workplace happiness: 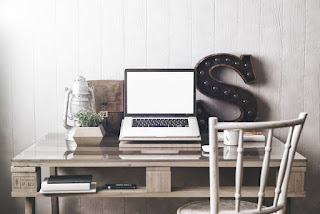 The last thing you want is to show up to work with people looking over your shoulder telling you to, “change this,” or “do this another way.”
If you’re asked to design a portion of the company’s new website, and if you’re given creative freedom and the company lets you do your thing, then you’ll derive a great sense of confidence and joy from your work, feeling like you’re really making a difference.
Freedom is a fundamental ingredient in workplace happiness not only because you’re an adult and would rather not feel like you’re back in the classroom with a teacher hanging over your shoulder, but also because you want to feel that you’re trusted to do the job you’re asked to do and that the company believes you can create work to the quality standard it demands.
Being given the freedom to do the job you know you can do without being questioned every step of the way gives us confidence in our ability and makes us feel better about ourselves. Freedom is key in every aspect of life, and work is no exception.

Every day you show up to work, you interact with people. These connections are unavoidable, and so it goes without saying that the quality of these connections has a significant impact on our workplace happiness.
In a survey done by Virgin Pulse, it was found that nearly 40 percent of respondents identified their co-workers as the top reason they loved their company.
In addition to that, 66 percent said these relationships positively impacted their focus and productivity at work and 55 percent said these relationships positively impacted stress levels on the job.
If you enjoy your co-workers, especially if you work with friends, you’ll truly enjoy coming into work each day and the time you spend at work will be joyful and rewarding.
Continued: www.lifehack.org/articles/work/15-keys-workplace-happiness.html
Posted by Unknown at 9:47 AM

6 Ways to Foster More Happiness in the Workplace

Happy employees are more productive, more creative and less likely to leave. It doesn’t have to cost a fortune to create a fun environment at your workplace. If you embody your ideal corporate culture and integrate joy and laughter into your daily routine, your employees will follow.
It’s wise to do everything you can to prevent dissatisfaction among your employees. A large turnover rate can quickly erode your hard work and deplete your resources. Once a staff member starts to look for other career options, he's already got one foot out the door.
As you grow your business, invest a little time to make your company a great place to work. Pay attention to the personality traits of your current staff, hire new employees carefully and foster an environment of joy, hard work and professionalism. The following tips will help you create a corporate culture full of fun.
1. Lead by example. Your employees will follow your lead when it comes to corporate culture and behavior. If your only interactions with your team are serious and formal, your employees will feel the need to be professional at all times. Be open about your past mistakes and learning moments. Add a little self-deprecating humor when it’s appropriate to help your employees view you as human and approachable. When staff members feel joyful, they’re more motivated and produce better work.
2. Don’t confuse seriousness and solemnity. Laughter is often a way for people to deal with intensely stressful situations. If your company is in the middle of a crisis and an employee cracks a joke, don’t assume they’re not taking the situation seriously. Humor can be a great catalyst for creative ideas and problem solving. The more your staff members are worried about how to correctly behave, the less they’ll be focused on finding a solution.

Continuation: www.entrepreneur.com/article/232922
Posted by Unknown at 9:59 AM

The Surprising Truth About Workplace Happiness

Most bosses understand (if only in theory) that happy employees are more productive than miserable ones. However, it turns out that many of the things that make employees happier don't make them more productive.

For example, companies often try to make their employees happier by trying to make the workplace more fun, like by having an onsite video game parlor and or an in-house gym. Other companies host community-building exercises to build a greater sense of connection.
Unfortunately, while these approaches may make employees happier, they probably don't increase employee productivity and may end up having the opposite effect. Let me explain.
Over the past three years, Harvard University researcher Matthew A. Killingsworth has been compiling data from users of a smartphone app called Track Your Happiness, which lets people report, in real time, how they actually feel.
The most surprising result of this study is that we're most often the happiest when we're lost in what we're doing, aka being "in the zone." Conversely, we become less happy when our minds wander.
Surprisingly, it doesn't really matter what we're doing when we're "in the zone," as long as we're not being distracted or in a situation where we're bored.
In other words, employees aren't more productive when they're happy. They're happy when they're focused, which can make them more productive as an accidental byproduct.
Therefore, an onsite video game parlor (for instance) can increase employee happiness because video games are mentally absorbing, but that happiness isn't going to translate into more productivity.
On the contrary, if the work itself doesn't allow the employee to focus and get "in the zone," the activity will suffer by comparison to the "fun" part of the workplace.
Rather than trying to make employees happy by adding a sugarcoat of "fun" to a bitter pill of work, companies should make it easier for employees to become absorbed in their work, thereby making them more productive and happier at the same time.
With this in mind, there are four obvious strategies:
1. Don't give people too much work.  When people are overloaded to the point where they know they can't get everything done, they immediately focus on how much work they've got to do, rather than on actually doing it.
2. Don't give people too little work.  When people don't have enough to do, their minds wander and, with time on their hands, start finding other things to focus on, like workplace gossip or, yes, playing video games.
3. Remove distractions from the workplace. Provide private or doubled-up offices rather than bullpens or cubicle farms. Reduce the overall noise level. Set aside time during the day where corporate email is disabled.
4. Institute work/life balance policies. Flexible work hours, remote working policies, and generous paid sick leave allow employees to handle the distractions of their personal lives on their own time, so that they can focus on work when they're actually working.
Source: www.inc.com/geoffrey-james/the-surprising-truth-about-workplace-happiness.html
Posted by Unknown at 9:53 AM