The Post-It Wars are still raging in New York.

A war of the windows is being waged in New York City as two opposing office buildings try to one-up each other in imaginative designs made entirely of Post-it notes.
The impromptu competition on Canal Street reportedly began last week after someone used white sticky notes to spell out “HI” on an office window. Employees across the street took notice and began crafting their own Post-it murals. 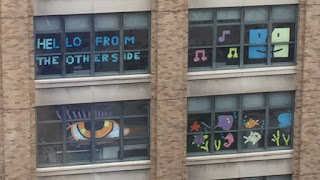 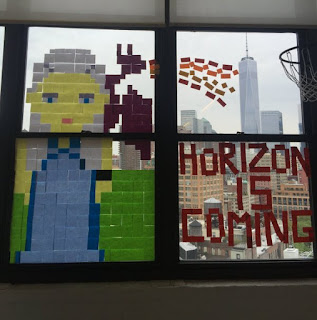 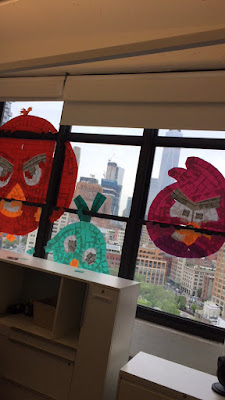 The street-facing art quickly garnered attention on social media with playful images of Pac-Man, the Simpsons, Spider-Man and music references to Drake (“If You’re Reading This It’s Too Late”) and Adele (“Hello from the other side.”)
View image on Twitter
Source: www.ctvnews.ca/lifestyle/post-it-wars-nyc-offices-get-playful-with-window-designs-1.2911999 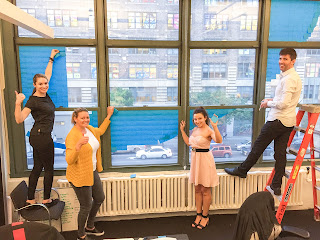 Finally the Post-It War is over
Two weeks after the Canal Street #postitwars began with a single word, "HI," one of the main agencies involved—Havas Worldwide—has shut things down in style. With a giant image of a mic drop.It took the agency about four hours on Monday night to complete the image you see above. It was finally wrapped up at about 11:30 p.m.
Сontinuation www.adweek.com/adfreak/havas-worldwide-just-dropped-giant-mic-canal-streets-post-it-wars-171657
Posted by Unknown at 9:32 AM

Wednesday, May 11th is Receptionists Day!
www.daysoftheyear.com/days/receptionists-day/
Posted by Unknown at 5:50 PM

Always something happening in the warehouse!! 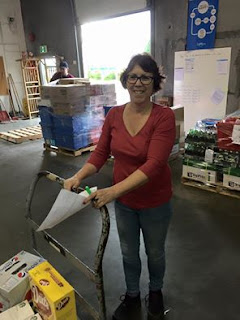 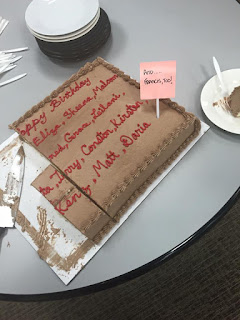 Wow - lots of May babies here at Lykki.

May 5th is Password Day.
So.... how strong are your passwords, anyway? You might be surprised to find out what simple things can compromise your passwords. Read on...www.daysoftheyear.com/days/star-wars-day/
Posted by Unknown at 9:12 AM

May the 4th be with you! Break out that Boba Fett mug 'cause it's Star Wars Day. (If your Facebook feed is going crazy with random Star Wars memes today, now you know why.)
https://www.daysoftheyear.com/days/star-wars-day/