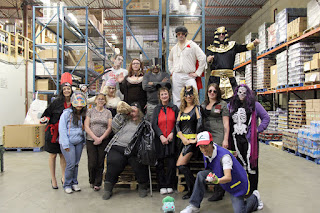 Happy Halloween from the wacky staff at Costless.


Thanks to the Culture Club for the Costume Contest prizes and Pumpkin Carving. 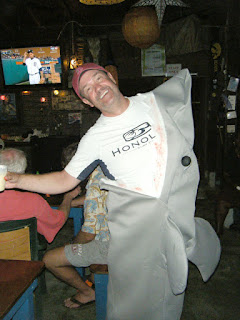 Great job Bryan on the fun video too. Sorry I missed the party, as Shawn, Nabil, and I were on our Executive Retreat but here is my entry from the Halloween Party at Foxys Bar on Jost Van Dyke in the British Virgin Islands.

Cheers
Calvin
Posted by Erin the Graphics Gal at 3:46 PM 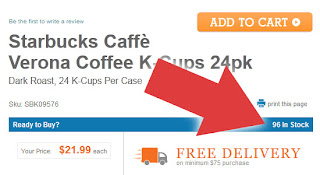 Real Time Inventory that is.

Today we quietly rolled out another feature to our website. The link of our inventory to display online. Now customers can see what we have in stock and make buying decisions based on this and avoid an out of stock on their order. It's pretty cool to see we have 1000 boxes of Oreos or 500 bags of pistachios or 8000 boxes of paper clips in real time. The idea is when a customer sees there is zero stock available, they can choose a suggested replacement built into the logic of the website and displayed below the out of stock item. We spend hundreds of hours designing the feature and we hope customers like it.

Shawn is the chief architect on the site and his team will continue to make improvements to the site and add new features. Most important to him is customer feedback so if you have a suggestion or pet peeve you would like him to know about please contact him at shawn@lykki.com and he would be happy to chat.

Cheers,
Calvin
Posted by Erin the Graphics Gal at 3:45 PM 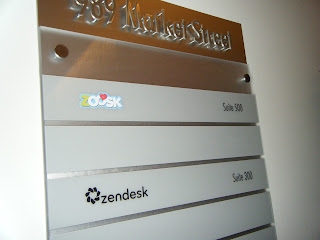 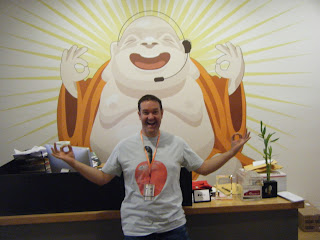 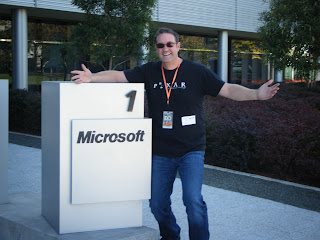 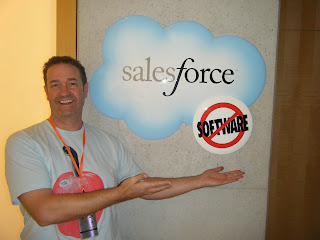 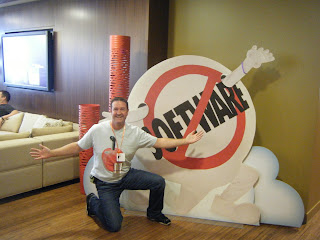 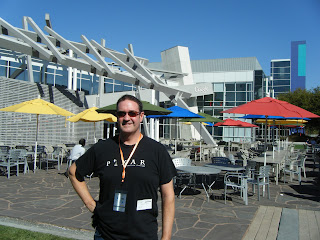 Along with my EO Vancouver Chapter of 82 Entrepreneurs, we hit Silicon Valley for a whirlwind tour of some of the most exciting and influential companies in the Valley. As I write this, I'm thinking of you the reader who may not be so excited as I was in seeing these businesses, so I'll keep it short but please allow my enthusiasm to shine through. To me, Silicon Valley is the Disneyland of tech business entrepreneurs like me.

We had some very memorable visits to the Apple Campus, Google, Microsoft, ZenDesk, Kiva and SalesForce. Even during social time at the hotel we had fantastic speakers like the founder of California Closets and founder of Grasshopper.

My main takeaway from Silicon Valley was how they all approached business - it seemed fearless, ready to make mistakes fast, learn, adjust and then accelerate some more. Oh, and find really smart hard working people. Everything happened in Dog Years the COO of ZenDesk explained. (He already built MySQL to a $100mm business then sold it for $1b in under 5 years).
Second takeaway was although culture at the big companies like Google is legendary for all the cool stuff they offer employees, it's not that much different than what we already do at Costless, and in some ways I think we do it better, at least for us. So afterwards I was much less intimidated that these big legends of the valley had some sort of secret fairy dust we couldn't duplicate. It was like pulling back the curtain in the Wizard of Oz - ah ha, yup, OK... Now that I see how it all works and it's not magic, it's just persistence, vision and hard work - and we can do that in spades.

Cheers
Calvin
Posted by Erin the Graphics Gal at 3:45 PM 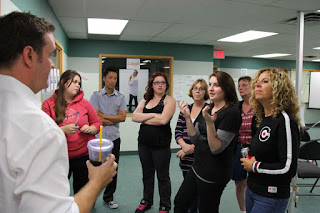 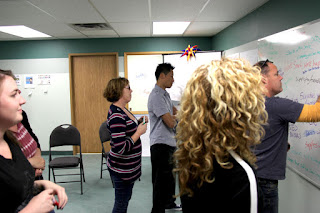 Our new additional of 4000 sq. ft. of office space sure has come in handy for doing brainstorming sessions. We have a large area dedicated to just that task. With white boards, flip chart paper and a projector we have a blast gathering people to toss out crazy ideas and see what sticks.

Today we were looking for tag line ideas. In the past we have used tag lines such as More Than Just Office Supplies, IT'S EASY BEING GREEN, and recently trademarked Work Happy. Although we love Work Happy, it is more of our Mantra than a tag line so we wanted something that had Office Supplies in the line. Our result out of hundreds of great ideas, and a few beers later was "Delivering Office Supply Happiness".

Cheers
Calvin
Posted by Erin the Graphics Gal at 3:44 PM 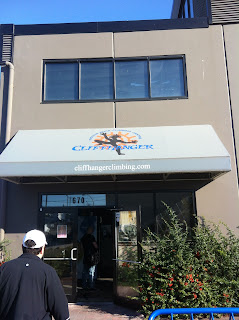 Every year, I go on a retreat with my EO Forum mates. Last year, we were in Memphis for the FedEx tour. This year we traveled to... rainy downtown Vancouver. We decided to stay local, since one member of our forum was expecting a child birth any day.

Our agenda was focused on Heath and Goal Planning. Both important in my books.

First, for health, we all took a full body scan that determines bone density, muscle and fat percentages. My personal results were not quite what I expected. I thought I was in pretty good shape. Over the summer I really kicked my health up a gear with a better diet & yoga, and I was able to drop 25 pounds, so I feel pretty trim. Not so on the scan, said the clinical tech, as my 6 foot frame should not be at 195lb with over 30% body fat — but instead I should be at 22% BF and about 175. Fine, a new goal to set!!

So that brings me to the second part of our retreat agenda. Goal Setting. 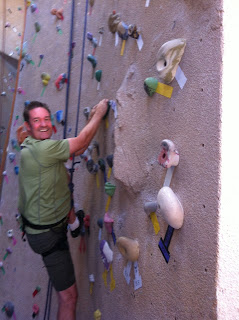 Every year we set our goals for business, personal and family. Then throughout the year we report monthly to the group on our progress. In preparation, I sit with Sandy and we track our family goals quarterly. It is imperative in my books to have goals and people aligned, or it will be impossible to achieve them. Goal setting can be as simple or complex as you make it, and there are lots of books on the subject, but in my eyes I set goals I'm passionate about and will do whatever it takes to achieve, or else is it just a "nice to have" and not a goal?

Our retreat was mostly held in a boardroom at the Terminal City Club, but we did find time to get out for some exercise and team building at Rock Space.

Do you set goals each year for yourself and if so do you share them with others and allow them to hold you accountable?

Cheers
Calvin
Posted by Erin the Graphics Gal at 3:43 PM