Taking one for the team at the Christmas Party 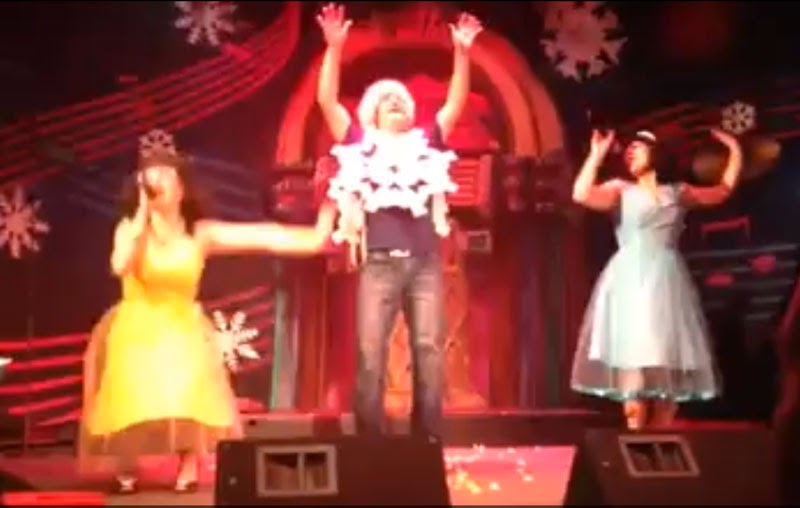 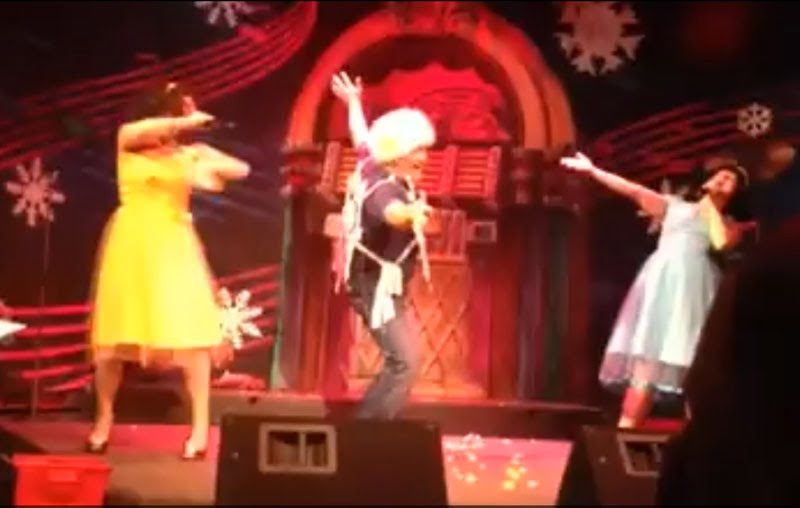 So, there I was dressed as a snowflake dancing on stage in front of a few hundred people including all our Lykki Partners.

This year we held our Christmas party again at the Giggle Dam dinner theatre. It's the perfect party location, and our partners love it since they call on members of the audience to come on stage and become comic relief for the show. It can be quite hilarious.

The theme was a 50's style Christmas and there was a rumor I was going to be called on stage at some point. So I thought I was going to be quite clever and time a washroom break when I thought the next skit would be. This way if they were looking for me - oh well, they would need to pick on someone else.

Bingo, I nailed the timing as I heard my name called as I was in the washroom. Then I heard over the loudspeakers the performers on stage saying "What, ...where is he.... Oh, he's in the bathroom??  ...Hey Calvin, we need you on stage ...and we hear you are in the bathroom!"

At this point a few female performers grab microphones and run off stage and to the men's room door.  Inside I'm panicking and trying to wash my hands as fast as possible while other guys in the bathroom are looking at me with the kind of look that says "Thank God it's not me, dude."

I open the bathroom door and this girl performer grabs me and pulls me thru the theatre and up on stage - spotlight on us the whole time. Mortifying - yes, but also I could see our Lykki partners whooping it up and laughing at the whole ordeal.

The ensuing antics in stage were caught by one of our partners in the front row.
It was great to show a little self deprecating humor and my snowflake dance earned me a shooter. So all was good! 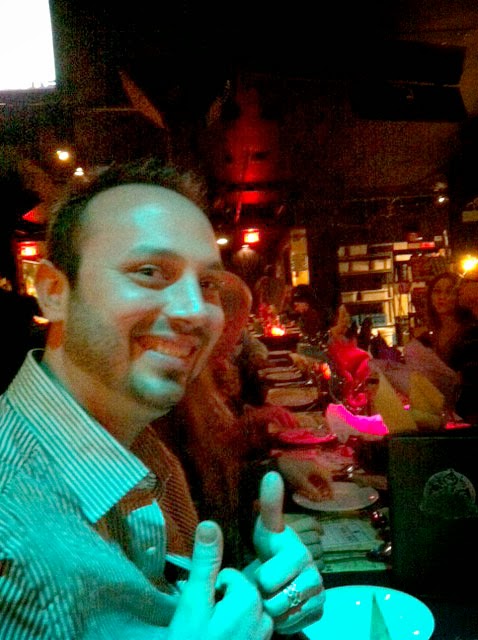 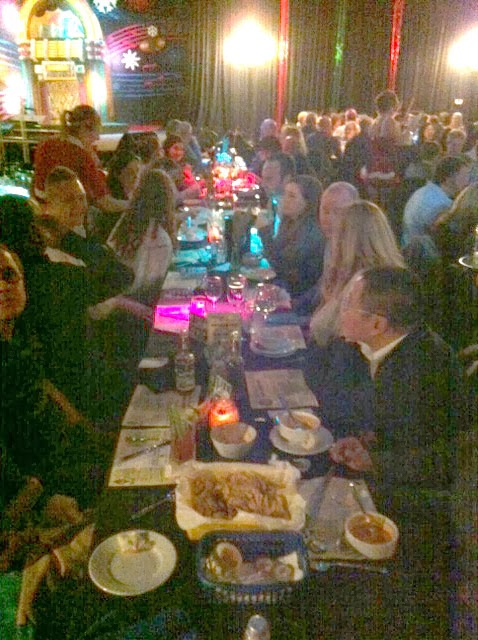 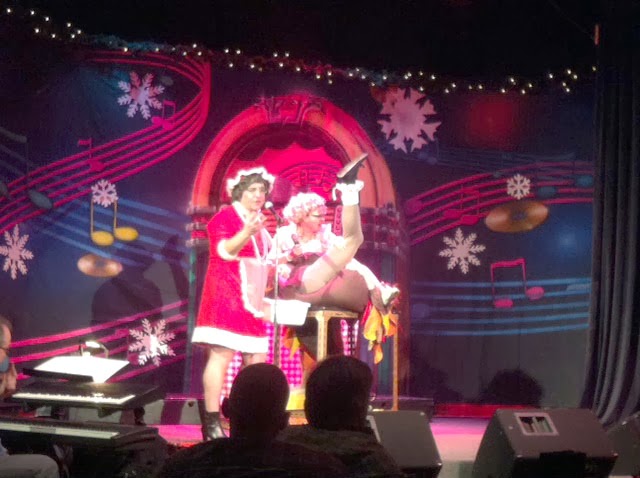 Posted by Erin the Graphics Gal at 4:29 PM 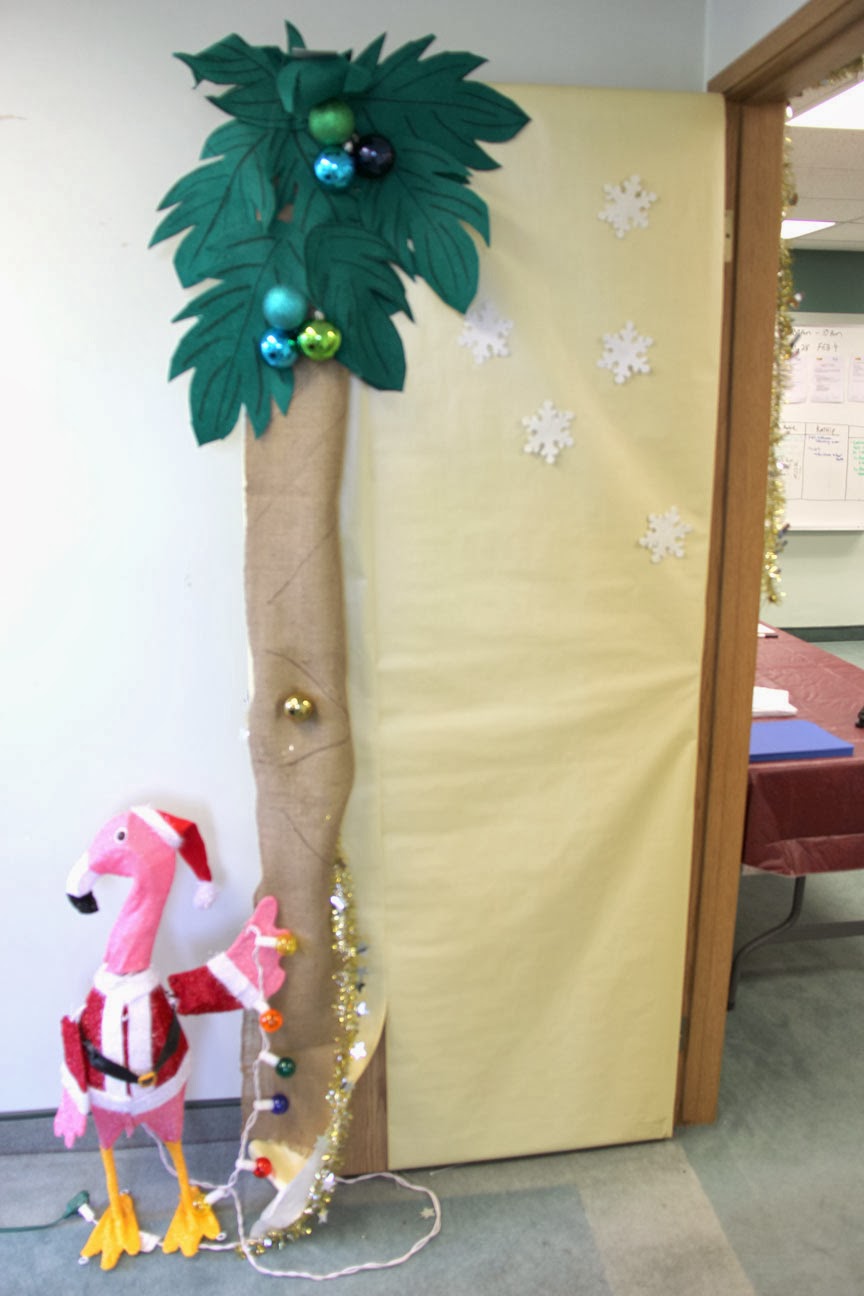 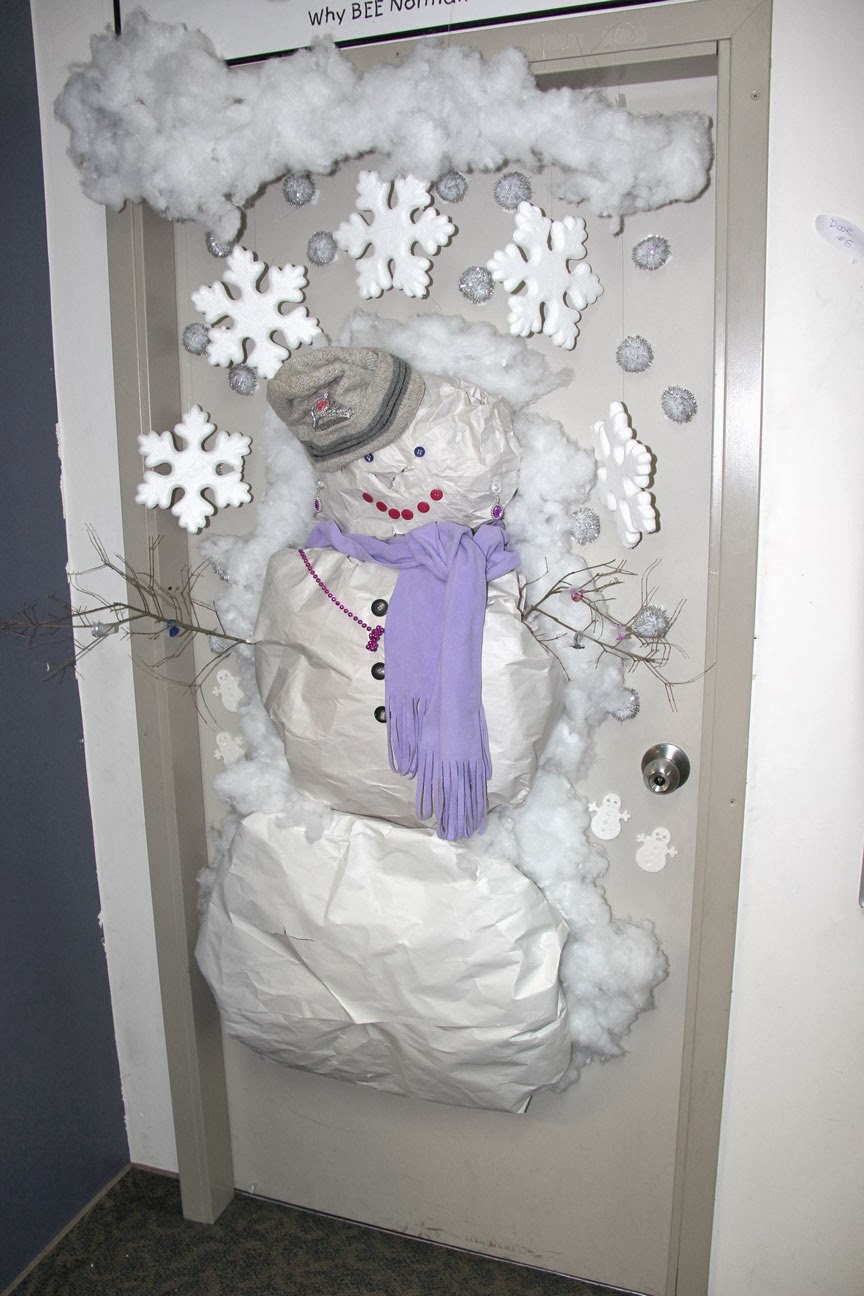 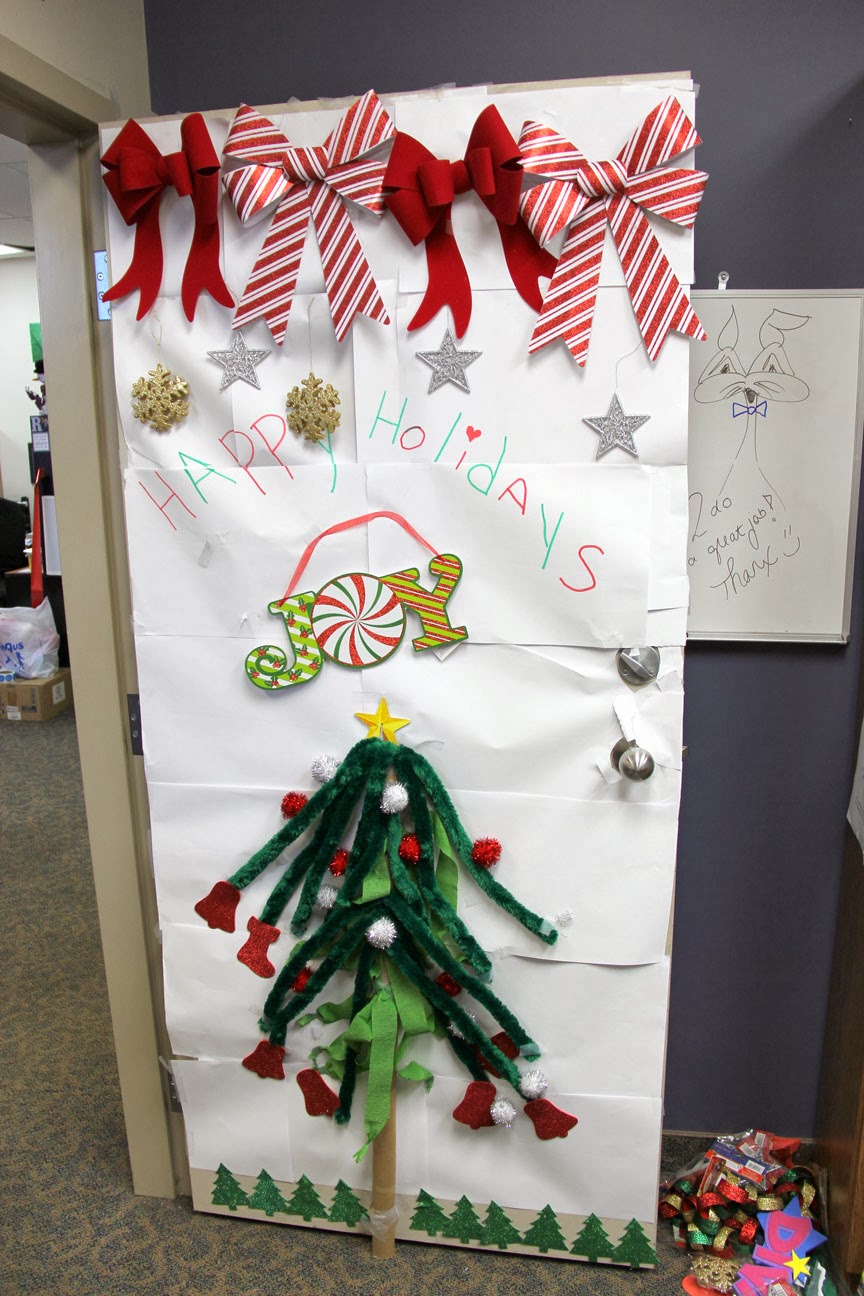 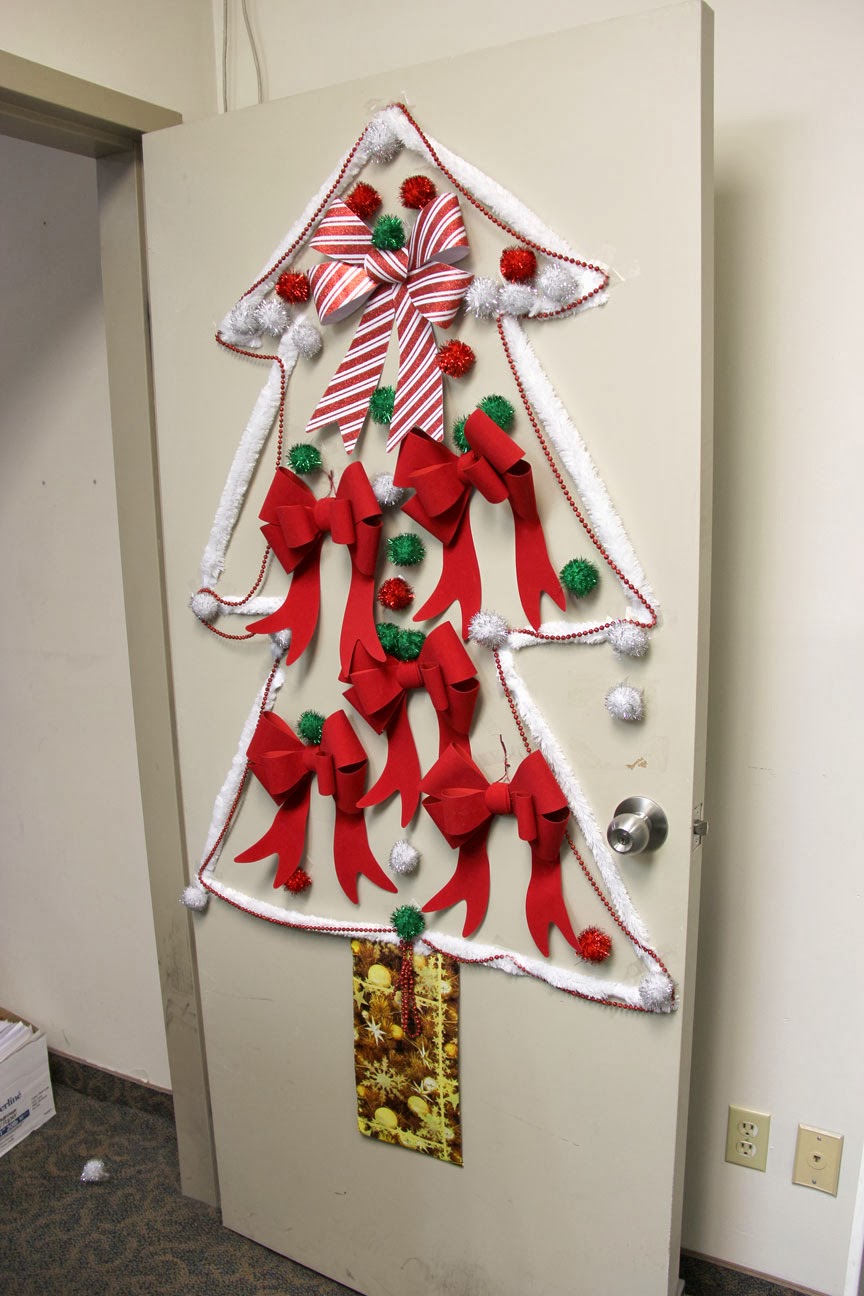 Here is a fun way to decorate the office at Christmas.
The Lykki Culture Club is holding a decorating challenge in the office where individuals or teams can decorate a door here at work.

Lykki supplies all the decorations and partners supply the creativity.
What door do you like best? We will have a Facebook poll after Christmas.

Cheers
Calvin
Posted by Erin the Graphics Gal at 4:24 PM


Each holiday season at Lykki we decorate the offices. Last year the big hit was cardboard Christmas trees. This year we have a few new partners that Love decorating for all occasions so I have a feeling we will see our decorating budget maxed out.

Whenever I tour a business, it is usually quite clear the type of company culture present by just looking at the personalization of the offices. A fun and engaging culture will exude decorations, posters, games and toys. I have even seen one company with a Nerf "war room" filled with everything needed for the weekly Friday Nerf Battle!

What ever it is and how ever it's done, I think as long as the decorating and fun is being driven by the employees then that's great. At Lykki we have a decoration and costume budget and encourage our Partners to have some fun in the work place.

I'm traveling the first two weeks of December so I'm excited to see how Lykki HQ looks when I return.  Here are a few pictures so far I was able to grab off our Facebook page. 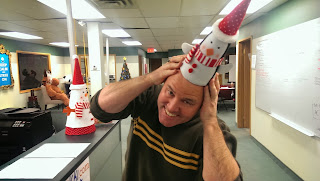 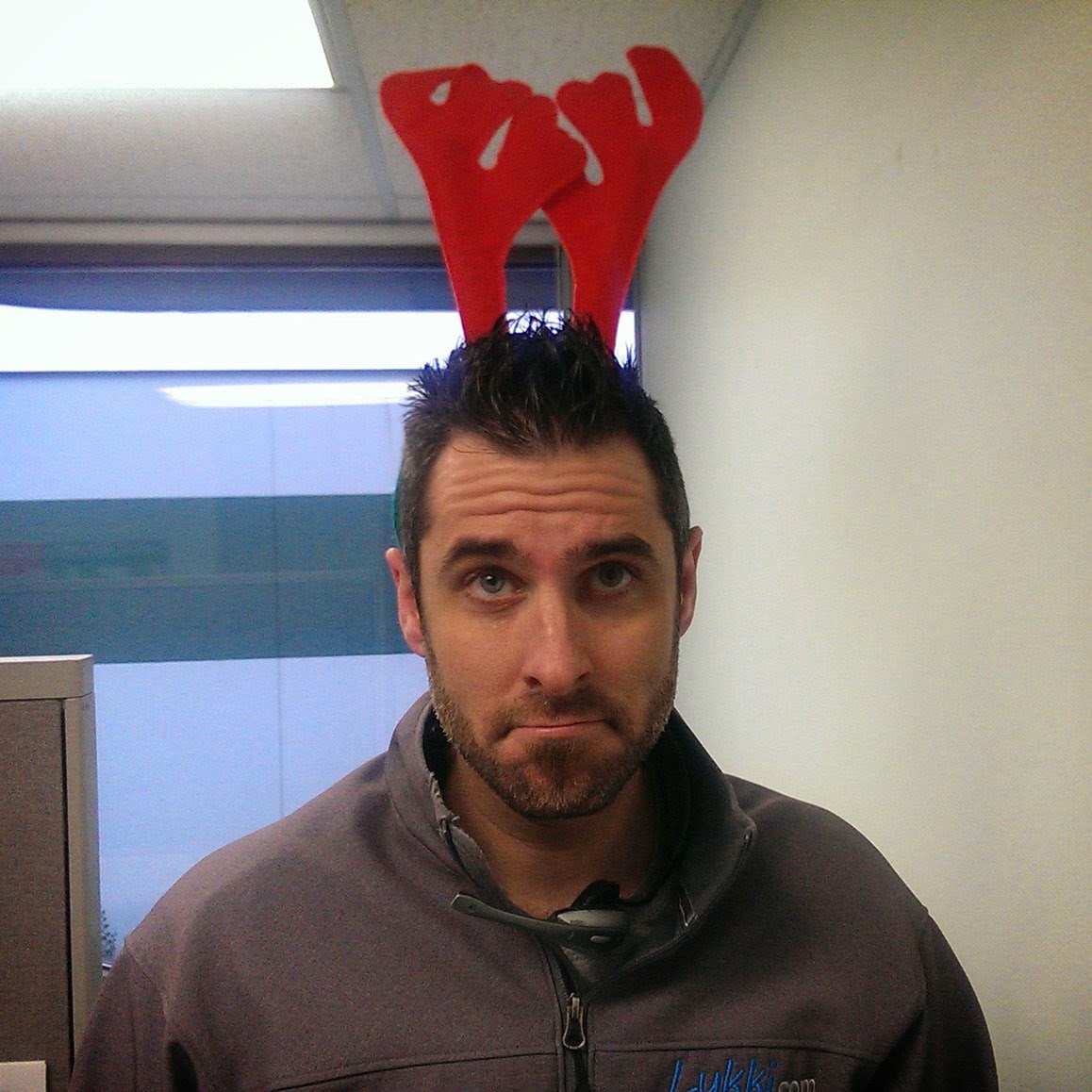 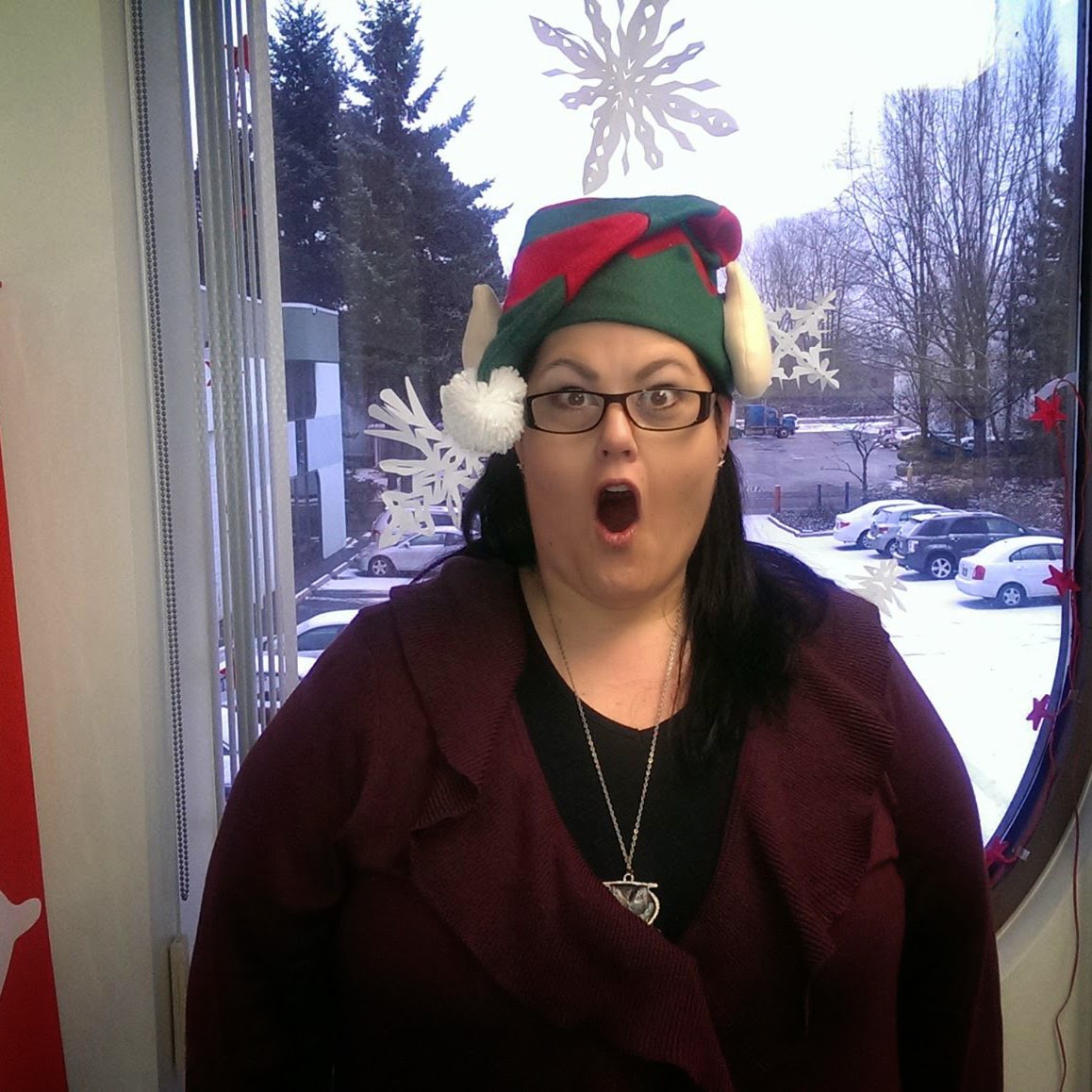 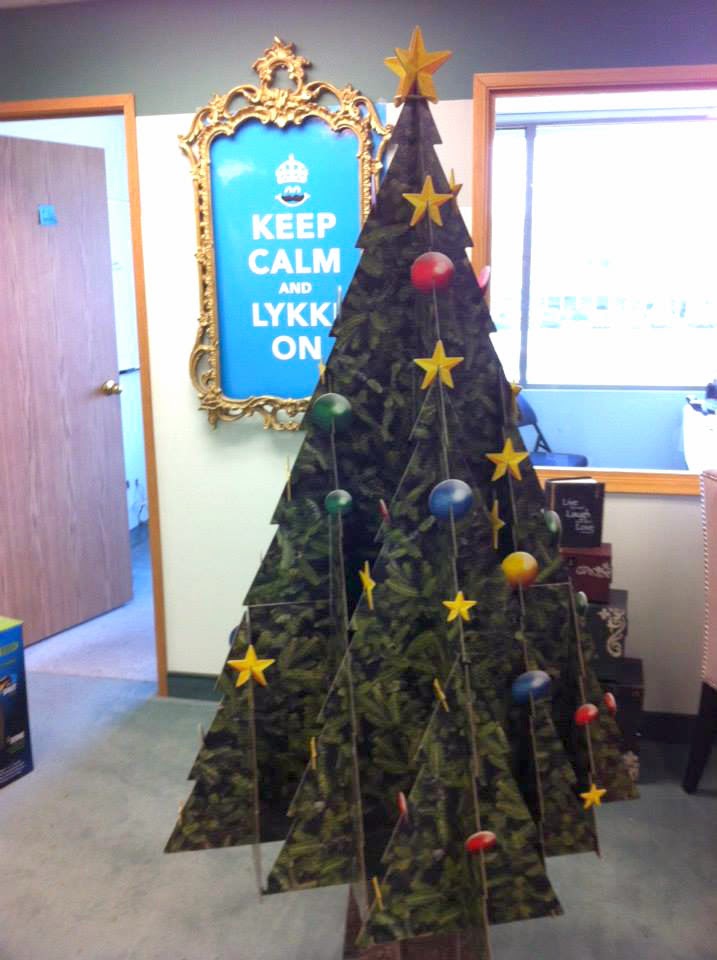 What is a Wheat Sheet? 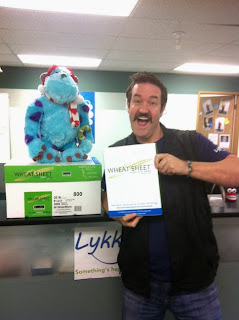 We are super excited to roll out our newest sustainable copy paper brand "The Wheat Sheet". We have been working with the distributor for the past 12 months testing and offering our feedback on this innovative paper.
Click her to learn all about this new product. http://socialprint.com/
Lykki plans to roll out some amazing pricing in our launch of the Wheat Sheet in 2014. Our goal is to one day offer a sustainable paper at a price point equal to a virgin based paper and eliminate the need to cut down trees to make paper.
Join us and try the wheat sheet on your next order. At Lykki we have switched all our copy paper consumption to the Wheat Sheet, please do the same and save the planet one box at a time.  Order now!

Cheers
Calvin
Posted by Erin the Graphics Gal at 12:05 PM

Labels: It's Easy Being Green 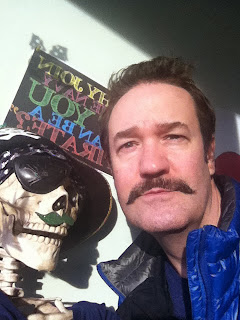 Another great culture bonding experience for a few of the Lykki bro's with mo's.
We created a Lykki team page on the Movember site and collected $500 in donations. Happily many of the donations cam from support of our Lykkiite Ladies!
Thanks for the support everyone.
Cheers
Calvin 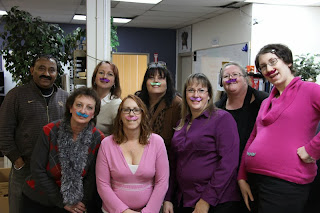